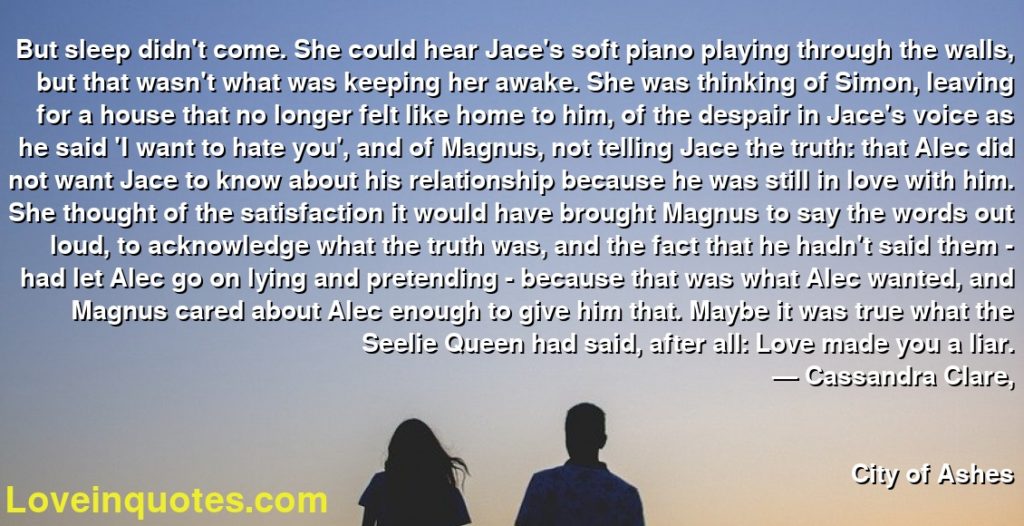 But sleep didn’t come. She could hear Jace’s soft piano playing through the walls, but that wasn’t what was keeping her awake. She was thinking of Simon, leaving for a house that no longer felt like home to him, of the despair in Jace’s voice as he said ‘I want to hate you’, and of Magnus, not telling Jace the truth: that Alec did not want Jace to know about his relationship because he was still in love with him. She thought of the satisfaction it would have brought Magnus to say the words out loud, to acknowledge what the truth was, and the fact that he hadn’t said them – had let Alec go on lying and pretending – because that was what Alec wanted, and Magnus cared about Alec enough to give him that. Maybe it was true what the Seelie Queen had said, after all: Love made you a liar.
― Cassandra Clare,